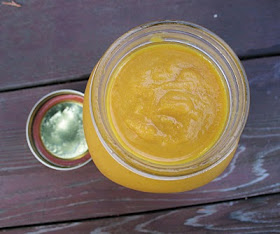 I don't always travel well. I try to be game for life's adventures and experiences, but more often than not find myself overcome for a powerful longing for the pleasures of home -- namely my dog and my contoured neck-supporting pillow. And fresh vegetables.

I just returned from a lovely road trip of the Southwest with my dear friend Katie and her 5-year-old son. Between hiking the true-to-its-name Grand Canyon, checking out centuries-old cliff dwellings, meeting up with old and new friends, comparing hotel fitness rooms and singing lustily along with the Glee soundtrack (whilst dodging tumbleweeds on the abandoned highways of the Texas panhandle), I barely had time to miss anything. Except vegetables.

With the exception of the chili pepper, vegetables don't seem to feature too prominently in that part of the country. A squirt of lime into my nightly cocktail ensured I wouldn't get scurvy, but some lower-on-the-food-chain options would have been nice. I was ecstatic to see a wealth of sides listed at this gem of a roadside restaurant we encountered on our last night, but discovered that pork was a fairly liberally-used condiment, and my vegetarianism ruled out the turnip greens, cabbage, green beans, and even the potatoes. Ah well. I enjoyed my catfish, and resolved to cook some veg-heavy dishes upon my return. Like this soup.

This creamy carrot-fennel-parsnip soup tastes rich and satisfying, but is really nothing more than a whole mess of vegetables cooked down and blitzed into a delicious puree. The carrots, fennel and parsnips are all both earthy and sweet, given a slight edge with a glug of white wine. It has an elegant sophistication for any dinner party, but is easy to throw together any night of the week. The loss of vegetables was a small price to pay for all that I saw the past week. But still, it's good to have them back. 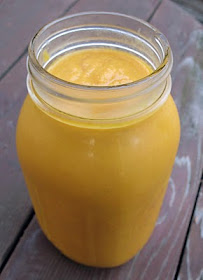 Melt the butter (or heat the oil) in a pot over a medium high flame. Add all of the vegetables, and stir occasionally for several minutes until they begin to lightly caramelize on the outside. Add the white wine, and allow to boil off for a minute. Add enough broth to cover by an inch or two, raise the heat until it comes to a boil, and then reduce the heat until it's just high enough to maintain a simmer. Cover and simmer until everything is very tender, ~half an hour. Puree in batches in a food processor or blender (I like a nice smooth puree, but feel free to leave it chunky if you prefer). Return to a pot, add additional broth as needed to get a nice soup consistency, and adjust seasonings to taste.